Here are inserted the reactions I have collected during the past screenings.

I want to thank the people who participated, and gave me their opinions.

Please feel free to send us your own,

As I read your comments I want to schedule a screening session one more time at home! 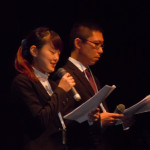 For our first public screening, as we were offered to screen three times in Kitazawa for our Premiere, we had the pleasure to show our movie in front of more 500 people with various backgrounds.

Members, along with composer Yoichi Togawa, lyric writer Ayumi Nakajima, singer Waka Toko climbed on the stage, as the director committee and main characters of this movie, and explained the origin of the movie theme song. It was the first public interpretation of the song. Then, in front of the large assembly, members of Ai workshop gave their own testimony during a brief talk session.

2nd of February 2016 Screening in Kochi 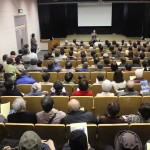 A screening session of 「Indigo Love Facing Mental Handicap」 has been held at the Memory Center for Freedom and People’s Right Movement during a public holiday.  Three screenings in one day. It was hosted by the executive committee of the Center.

14th of February 2016 Screening in Hiroshima 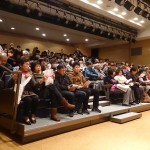 After Kochi, Matsuyama, a screening was also held in Hiroshima. Hosts were 「The association for the promotion of Indigo Love Documentary」. We had the pleasure to be supported by people we did not know before, and quite unexpectedly, 130 people came to watch the movie. And more than the half wrote back their feelings that you can find here in the review ( in Japanese).

My heart was deeply touched by the reviews full of the memory of parents and people present there. 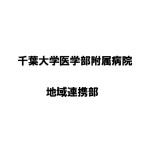 We were kindly indvited to screen our movie on the occasion of a Professional Intership. A lot of Health care professional came to see our movie, thank you.